Mik is the founder and CEO of Tasktop. He drives the strategic direction of the company and promotes a culture of customer-centric innovation. Before Tasktop, Mik launched a series of open source projects that changed how software developers collaborate. As a research scientist at Xerox PARC, he created the first aspect-oriented development environment. He received a PhD in Computer Science from the University of British Columbia, and his research interests focus on Value Stream Architecture. Mik has been named a JavaOne Rock Star speaker and one of the Top 10 Java writers of the decade by IBM developerWorks. In 2012 he was awarded the Business in Vancouver Top 40 under 40, and has been a World Technology Awards finalist in the IT Software category. Mik is the editor of the new IEEE Software department On DevOps. 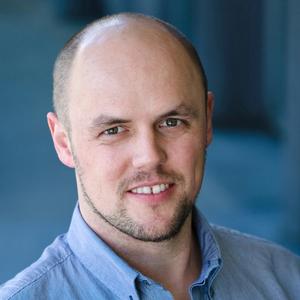 Nicole is the leader of our Product Development organization and has extensive experience in software and product development, focused primarily on bringing data visualization and human considerations to the forefront of DevOps and Agile. Most recently, she served as Director of Product Management at Borland Software/Micro Focus, where she was responsible for creating a new Agile development management tool. Prior to Borland, she was a director at the New York Stock Exchange (NYSE) Regulatory Division, where she managed some of the first Agile project teams at the NYSE, and VP of engineering at OneHarbor (purchased by National City Investments). Nicole holds a Master of Science in Computer Science from DePaul University. She is passionate about improving how software is created and delivered – making the experience enjoyable, fun and yes, even delightful.

Neelan oversees Customer Success and Marketing. at Tasktop. His primary focus is helping Tasktop get its innovations to those who need them most. He is also a mentor at Capital Factory, an Austin-based incubator, and serves as a trustee at TechGirlz, a non-profit working to get adolescent girls excited about technology.

Neelan has extensive technology management experience and recently served as the COO of Lexcycle, the company behind Stanza, which became the most popular e-book reader for the Apple iPhone and iPod Touch. Lexcycle was acquired by Amazon in 2009. Previously, Neelan served as COO of SpringSource, the venture backed open source infrastructure software company behind the Spring Framework. SpringSource was acquired by VMware in 2009. Prior to that, Neelan served as co-founder and president of SolarMetric, a leading object/relational mapping provider, which was acquired by BEA Systems in 2005. At BEA, he was instrumental in the open sourcing of the acclaimed object/relational mapping tool Kodo as OpenJPA. Neelan has also worked for Andersen Consulting Strategic Services and Exxon Research & Engineering.

A graduate of MIT (and part of the well-publicized MIT Blackjack team), Neelan holds graduate degrees from Stevens Institute of Technology and the University of Chicago Graduate School of Business.

Jason has been a Tasktop company advisor for the past five years and previously served as Tasktop’s vice president of Americas Sales. He has been recognized throughout his career for exceptional global results and building high-impact sales organizations. He most recently served as senior vice president of worldwide sales at Apprenda and held various sales leadership positions before that at Wily Technology and CA Technologies during his 20+ year career.

Bruce is responsible for leading the post-sales Customer Success team that has responsibility for support; professional services; technical account management; knowledge management and training. Bruce brings more than 20 years of senior executive experience in the IT industry, most recently with EIQ Networks where he was VP of Global Services. While there, he developed the SaaS expansion capabilities for the company. Prior to that, he led North American operations at Sophos Inc. for over a decade, including building and managing the professional services, support and operations organizations. He started his career at Seanix, PCsupport.com and ACCPAC where he played significant roles in support leadership, operations, client services and sales.

At Tasktop, customer success is everyone's job, but Bruce’s teams are responsible to combine all the customer facing initiatives to maximize the value our customers derive from Tasktop. Married with five children, Bruce has a passion for sports and coaches high school football in his time outside of Tasktop.

Prior to joining Tasktop, Simon served as CFO for Wurldtech Security Technologies (recently acquired by GE), a company focused on protecting critical enterprise infrastructure from cyber attacks. He also held the positions of CFO for PNI Digital Media and Senior Manager at PricewaterhouseCoopers. Simon is a Fellow member of the Association of Chartered Certified Accountants (FCCA) in the United Kingdom.

Amyli oversees legal, governance and corporate affairs for Tasktop. She has 20+ years of legal and corporate development experience in the technology industry. Cultivating an environment of calm and trust, Amyli's vast legal and tech experience enables her to ensure the company, our customers and our partners can innovate quickly and safely. Prior to Tasktop, she was general counsel at several other companies including SpringSource, YellowJacket Software, Solarmetric, and SkyOnline. Earlier in her career, Amyli worked as a corporate and intellectual property attorney at the law firms of Wiley Rein and McGuire Woods.

Sarah is responsible for showing the world how Tasktop improves the productivity of software development and delivery teams. Prior to joining Tasktop, Sarah served as the Director of Marketing Communications for API Management at CA Technologies. She joined CA through the acquisition of Layer 7 Technologies. At Layer 7, Sarah managed Marketing and Demand Generation and successfully built out the company’s sales pipeline to drive Layer 7’s impressive growth in the API management space. Sarah holds a Bachelor of Arts and a Bachelor of Commerce in Marketing from the University of Wollongong. 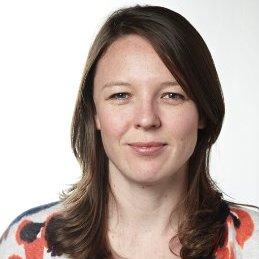 Tim is leading the strategic direction of the Flow Partner Program, which has become the single, consolidated and enhanced program supporting all services partners. He is a motivational and cross-functional technology executive with hands-on global expertise developing, growing, leading and mentoring world class Sales Engineering/Presales and Enablement teams in a fiercely competitive business environment. At Tastkop, he has played a key role in the development and launch of several key strategic initiatives, including Tasktop Hub Cloud and Tasktop Viz™. Tim has extensive experience in the tech industry: developing, growing, leading and mentoring world-class Sales Engineering, Presales and Enablement teams to drive and implement strategic change. Prior to joining Tasktop he held executive positions at CA Technologies and Apprenda.

Wesley is a veteran of Tasktop and has been integral to every stage of building the company. He is responsible for the Business Development team that scales growth through OEM, reseller, and Global Systems Integrator partners. Prior to Tasktop, he was a senior software engineer at Elastic Path Software, where he led a team of developers creating the next generation of e-commerce software. He holds a Bachelor of Commerce from the University of Victoria, an M.Sc. in Computer Science from the University of British Columbia and is a private aircraft pilot.

As Vice President of Product Strategy, Robert can be found speaking with customer leaders at all levels of the product value stream to garner insights and ideas for future strategy, while internally shepherding engineers and product managers toward architectures and experiences that our customers love. As co-founder of Tasktop, Robert Elves has more than a decade of industry experience, and multiple successful product launches under his belt. His mission since day one has been to help improve software delivery efficiency. Starting his career as an engineer with a Masters in Computer Science, Robert soon became a force multiplier - leading the teams designing and delivering products that are now used by the majority of the Fortune 100 to improve their software delivery practice.

At Tasktop, Jeff leads the team helping companies in a wide variety of industries architect their toolchains as an integrated product for optimized flow and speed of delivery. Prior to joining Tasktop, Jeff has more than ten years of hands-on testing and test tool experience at LexisNexis, from functional testing in both waterfall and agile projects to leading test automation teams to ownership of all tooling in the software quality organization.

John leads Sales in the Americas and ANZ for Tasktop. He has over 15 years of experience in both software sales and sales leadership. Prior to Tasktop, John was the Senior Director of Sales at Splunk; where he led one of Public Sector’s highest-performing teams. Prior to Splunk, John was with CA Technologies, where his teams exceeded quota consistently across the Federal Sector. He also served in various sales roles at VERITAS (acquired by Symantec), BMC Software, Cloakware (acquired by Irdeto) and Agent Logic (acquired by Informatica). He graduated from Bethany College with a BA in Economics-Business.

Adrian leads our Sales and Operations team in EMEA. Although he doesn’t feel as though the term “industry veteran” should apply to him yet, his business record would indicate otherwise. With extensive experience gained over 25 years in technology companies from large multinationals (IBM, Oracle) to startups (Sleepycat Europe) and covering software (Versant), SaaS (Rally Software) and services (ThoughtWorks), Adrian brings to Tasktop expertise in many business areas: Enterprise IT delivery and sales, Agile and Lean thinking and a passion for helping EMEA enterprises successfully adopt and exploit change. Married with two children, Adrian enjoys tennis and other sports, wine (purely at an intellectual level) and music, having played the drums for 40 years.

Byron helps drive Tasktop’s collective product development culture and ongoing initiatives that allow its engineering and product practices to improve and innovate. He has been helping organizations deliver technology transformation, scale and agility via principle driven leadership for more than 20 years. At Tasktop, he ensures that our culture of engineering greatness in software delivery continues to stand out in the industry and that our core values – in particular of staff caring for each other's growth, happiness and productivity – are upheld. Prior to Tasktop, Byron was the Vice President of Technology Operations at Trinimbus (acquired by Onica)